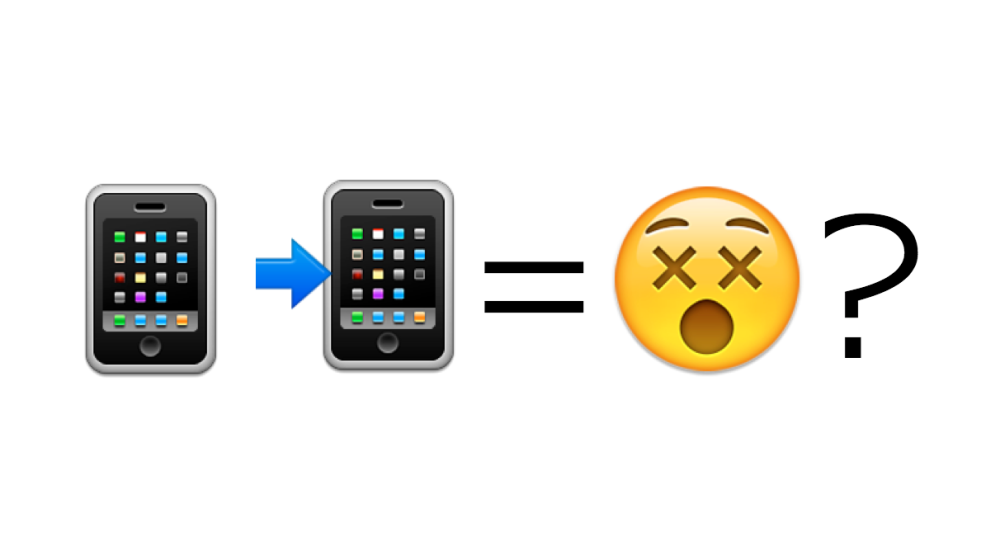 Mobile is great. I love my Android smartphone, I love my Apple iPad and I love the fact that I can be connected to the online world wherever I am at any time (well, as long as there’s a phone mast or some handy wifi in the area).

But are we spending a little too much time peering into our screens and not enough actually looking at the world around us?

Are we reliant on that first hit of Twitter love in the morning in the same way that we’re addicted to our first buzz of caffeine from our coffee?

And how many screens is enough? Do we really need an internet-enabled TV, a laptop, a tablet AND a smartphone to be on top of our digital lives?

Have we all gone a bit ‘screen crazy’?

We might as well face it, we’re addicted to screens! (with apologies to the late Robert Palmer for paraphrasing his 80s hit there).

Bucking the trend for small

The blame for our screen addiction sits fairly squarely with our need for new technology, coupled with that most basic of human frailties – our desire to poke our noses into other people’s business (and not miss out on anything exciting they might be up to).

But what caused this screen addiction in the first place?

With most technology, things start off big and gradually get smaller, becoming more practical and popular as they do so. You move from the bulky clutter of the gramophone to the portable design genius of the iPod.

That worked for a while with mobile phones. They started off HUGE and gradually got smaller and smaller…until they actually fitted in your pocket and became truly portable.

Then some genius came up with smartphone concept. Started by IBM with it’s Simon brick-sized smartphone and gradually evolved until we reach the (at the time) perfection of the Apple iPhone, the smartphone bucked the trend for all things small.

And that’s because of one fundamental design feature: to work as smartphone you need a big screen – the bigger the better, to cram in all the touch-screen functions, video content and mobile-friendly responsive web pages.

And so began our love affair with big screens. Suddenly, it wasn’t enough to be online just from your computer.

You needed to be online wherever you were…

Whatever you were doing…

Whoever you were with…

Because of the dreaded FOMO (fear of missing out). And nowhere is the fear of missing out more apparent than in the online and social media worlds. Blink and you’ll have missed five memes, two viral video and the latest trendy abbreviation (ironically, FOMO being one of them!)

Has our love of super-crisp, HD displays REALLY started taking over? In 2015, it seems like we just can’t get enough of the things. For example, it’d be pretty normal to:

I mean, we only have two eyes. How many screens can one person actually deal with before they end up lying on the floor gibbering about bandwidth and 4K screen resolutions?

And now Apple and various other tech manufacturers have thrown another hat into the ring with the creation of the smartwatch. You can now strap an Apple Watch to your wrist, in addition to your existing tech, and potentially end up with 4 or 5 different screens, of differing sizes and screen ratios, all on the go simultaneously.

Someone once asked the late (and very much great) Sir Terry Pratchett why he had six monitors in his office. To which he replied, ‘Because I don’t have space for eight’.

That about sums up our desire for tech. However much we have, it’s never quite enough. Never enough speed from the processor, never enough memory…and definitely never enough lovely screens to stare at!

The future of screens

Going back to the Apple Watch and Android smartwatches for a second – although these might at first glance seem to be just another unnecessary, additional screen, they could actually be the answer to our screen addiction.

How come? Well, it’s that ‘technology getting smaller’ thang again.

Because there’s limited screen space, app developers have had to be highly frugal with how their User Interfaces (UI) work on a smartwatch. You can only include a fraction of the text or information that you might include on the smartphone or tablet version of the app.

So, in practical usage, what you get on your smartwatch will be simple alerts, short text messages and minimal content. And because you’re up to date with your alerts and updates, the chances are that you’ll spend LESS time looking at your smartphone and tablet.

With your smartwatch giving you the ‘edited highlights’ of what’s going on, there’s less temptation to start browsing Twitter, scrolling through Facebook or spending an aimless afternoon laughing at cat videos on YouTube.

Could smartwatches be our screen saviours?

So, this additional screen COULD end up being our screen addiction saviour. This little rectangle on our wrists has the potential to become our go-to screen for the basics of answering calls and checking alerts. And that keeps us well away from the attention-hungry viral videos and ‘hilarious’ minions jokes on our smartphone.

And if you really MUST keep adding to your screen tally, why not splash out on the popSLATE iPhone case. Now you can have not one, but TWO screens on your iPhone! The back of the case contains an ePaper black & white screen, that zaps far less of your precious battery power (and if there’s one thing we’re even more addicted to, it’s having enough juice left in our batteries to satisfy our screen addiction).

2 thoughts on “Might as well face it, we’re addicted to screens!”