Posted on December 19, 2015 by commsbreakdown 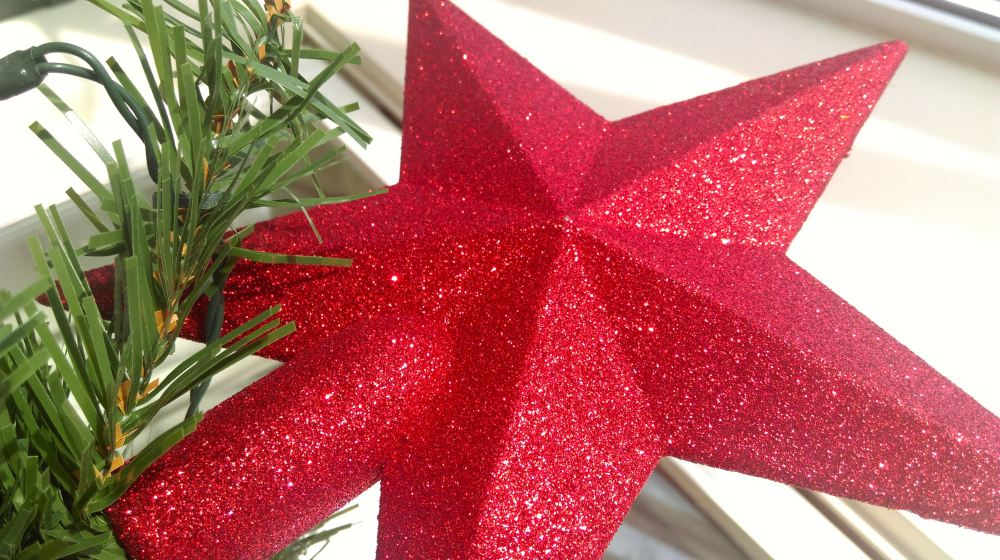 The music industry has always been full of moguls promising to turn young hopefuls into stars. It’s nothing new: it’s been going on ever since there’s been a way to record a song and make money out of selling it. The big cheeses will always want a hit – simple as that.

But we seem to have got to a point where talent has become incidental and ‘being a star’ has become the sole aim. And that’s a worrying place for the future of music.

I’m talking here, principally, about the X Factor-style ideology of plucking someone from obscurity and turning them into a number one artist overnight – taking a dustman from Croydon and making them into someone who can fill Wembley Arena three times over.

And, even more specifically, this idea that ‘anyone can be a star’.

We can’t all shine as brightly

This concept that anyone, whoever small their talent or tiny their experience, can become a star is not only wrong, but barking up completely the wrong musical tree.

And, at root level, music isn’t about being a star. It’s not about fame, fortune or acquiring money – those are the trappings and benefits, sure, but they’re not the thing that drives people to make music in the first place. The people that make a long-term career in music have three things:

Commerciality isn’t the key to creativity

Writing a hit record doesn’t start by sitting down in front of a piano and thinking, ‘How can I write something that will buy me a new Ferrari?’. I’m sure many, many songs *have* started this way, but I doubt very much that they’re the songs we remember, treasure and hold close to our musical bosoms (…musical bosoms…now there’s an idea!).

Did Paul McCartney sit in his room before writing ‘Yesterday’ considering how he could write a song that would become one of the most re-recorded and covered pieces of music in history – and thereby earn millions of pounds for the publishing company that owns the rights?

No, he didn’t. In fact, myth has it that he woke up with the melody in his head and was convinced he was just playing a song that someone else had already written…until someone pointed out a) it was a brand new song and b) it was amazing.

And were the lyrics calculated to appeal exactly to the kind of Tesco shopper who might be inclined to buy an an album called ‘The World’s Best Acoustic Love Songs’ while doing their weekly food shop? Nope, unlikely. The lyrics were probably more inspired by young Paul having a spat with Jane Asher and wishing he could go back to the previous day when everything had seemed just fine and dandy at his swinging London pad (I’m guessing here, obviously).

The point here is that this song got written because the songwriter had a particular vision for a piece of music, not because they sat down to write a hit.

And vision is what gets missed out of the music production process when you’re thinking dollar signs instead of musical creativity.

What the X Factor ideology forgets is that when ‘the classics’ they so love to cover were first recorded, that they weren’t classics at all – they were ground-breaking, brand new, visionary pieces of music.

Take for example the song that’s arguably the UK’s favourite track of the past half a century: ‘Bohemian Rhapsody’ by Queen.

The world *loves* this song. Whether it’s to your own personal taste (and Queen are certainly not everyone’s cup of tea) this track is in every list of the most influential songs of all time and it’s played constantly, even though it was first recorded four decades ago.

It’s a classic in every sense, and one of the biggest commercial hits of all time. But this song was never intended to be a commercial pop record.

Freddie Mercury may have been many people’s ultimate performer, and the man clearly had star quality, but that isn’t what created the idea and drive behind ‘Bohemian Rhapsody’. This song exists because one man had a musical vision for something unconventional, and three other men had the talent to turn his vision into a musical reality.

Think about it for a second. This is a piece of popular music that’s in fact three Freddie Mercury songs joined together: a piano ballad; a camp, cod-opera section; and a hard rock number. All in one song that’s very nearly six minutes long.

That’s twice as long as pop songs were ‘supposed’ to be – three minutes being the perfect length. And Queen’s record label thought they were crazy to even release it as a single. But it sold by the bucket-load.

Why did it sell?

Pushing the boundaries, and following your creative vision, is what drives the kind of recordings we all know and remember.

Someone asking ‘What if we did it like this?…’ can be a catalyst to true creativity.

Take 10cc’s ‘I’m Not In Love’ as another example of this. This classic was an acoustic ditty sung to a bossa nova rhythm when first written. A good song, but not a great piece of music…yet.

It was only when Kevin Godley said ‘What if we make it sound like the biggest choir in the world?…’ that the spark of greatness was intravenously injected into the recording. Using techniques similar to Queen, 10cc took four hairy-arsed northerners singing individual notes in the studio, and built up a choir-like sound that was HUGE!

Try and imagine that song without the multi-tracked vocals. They’re the backbone of the whole song, but that only happened because the band were happy to try something new, to push the boundaries and to see how far they could stretch their imagination and the abilities of their recording studio equipment.

And that spirit of ‘What if?…’ is behind so much great music.

Music only progresses when someone is brave enough to do something different. It takes a visionary to create a truly classic hit record that will last the test of time.

Forget about being a star, become a musical visionary!

So, forget about telling people they’re going to be a star. Don’t push them onto TV to roll out some ropey cover versions and heap hyperbolic praise on the karaoke sideshow that ensues.

Buy them a cheap guitar/keyboard/laptop instead and see what they come up – it could be something we’ve never heard before. Or it could be a pile of tripe. But the fun is in trying out those ideas and seeing which ones actually work, isn’t it?

Let them lock themselves away in a bedroom or garage and experiment with music. Let them explore strange new sounds and create the hits of tomorrow, not regurgitate the classics of yesteryear and turn music into a parody of itself. We need a lot less X Factor and a lot more Experimentation Factor.

Don’t be the star. Be the visionary, musical astronaut that’s out there exploring the cosmos looking for something new and exciting.

Boldly go where no musician had gone before!

One thought on “Don’t be a star: be a musical visionary!”